Get fresh music recommendations delivered to your inbox every Friday.

by Alicia Waller & The Excursion 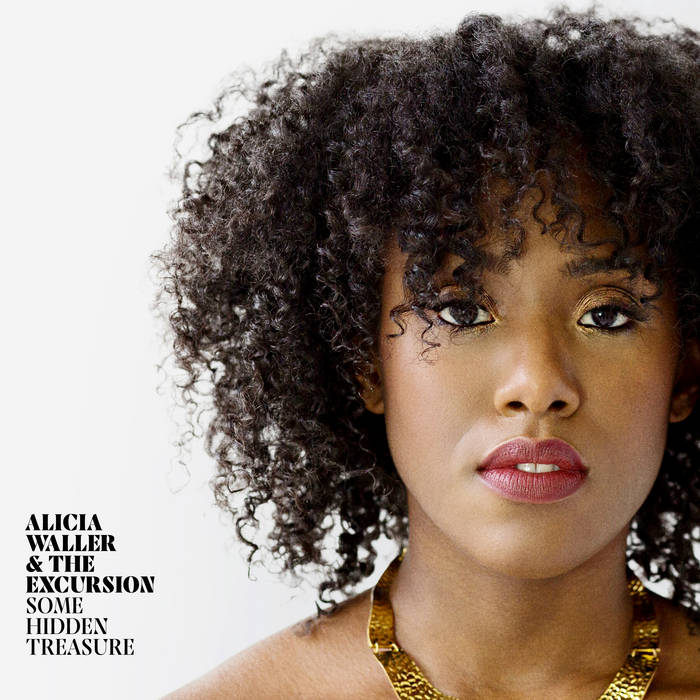 Alicia Waller is a New York City-based soprano, vocalist, and songwriter seeking to integrate a range of diverse musical traditions through a performance practice that centers around the female voice. To hear her is to encounter an incredibly versatile musician with a seemingly insatiable appetite for artistic exploration. She is, for example, a classically trained opera singer as well as an avid interpreter of a number of Latin and vernacular forms from around the world.

In her debut album release Some Hidden Treasure, Waller unveils four original songs that present a wide-ranging exploration of American music. Appearing as frontwoman of Alicia Waller & The Excursion, she calls the record “an experiment about the spaces in between.” Waller’s Some Hidden Treasure weaves globally inspired jazz with soul, soul with R&B, and R&B with spirituals and the blues, plus a nod to hip-hop. She achieves this all while expertly adapting her trained vocal instrument to an entirely new direction alongside veteran bassist and co-producer, Marcos Varela, and in the company of the formidable instrumentalists who form her backing ensemble, The Excursion.

While composing the E.P., Waller looked to the artists she’d grown up on—the music her parents listened to like Bobby Womack, Marvin Gaye, Donny Hathaway, and Anita Baker. Fascinated by the compositional complexity and textural diversity that these great musicians offered alongside their masterful vocal performances, she sought to develop a lush and varied sonic landscape for the album. The artist says that she wanted to push boundaries in contemporary music and challenge listeners. “When I went into this, I didn’t know exactly what was going to come out,” Waller states. “I just knew that I wanted it to sound ballsy and new. I wanted the voice to have a touch of classical and jazz, but the instrumentation to feel like soul music. I wanted it to sound like it came from the gut.”

The record is also a frank expression of feminine vulnerability. In the frenetic “Soul,” Waller and the band race between three distinct musical themes as the singer describes her contradictory emotions toward a lover—courting him, refusing him, and seducing him at once. In the title track, “Some Hidden Treasure,” she tenderly contends with having fallen in love with a dear friend, while in “Just Step Back” she manically consults the many voices in her head as she frees herself from a relationship that has run its course. The song, “Clouds,” finds the singer at perhaps her most transparent, as she openly discusses a desire for love and fear of time lost.

Some Hidden Treasure is the opening act of an artist with a lot to say, and who is daring enough to say it all while channeling her musical roots in a refreshingly inventive way.

Alicia Waller is a multi-talented singer-songwriter whose vision is to inspire cultural diplomacy through music. With a background in opera as a soprano vocalist, Alicia has since focused on soul music and the African diaspora as the foundation for her EP Some Hidden Treasure, released in February 2020. Her voice and sound have been hailed as “flexible and virtuosic.” ... more

Bandcamp Daily  your guide to the world of Bandcamp